Davina McCall: ‘I wore this with vast amounts of tit tape and a riding crop’
Advertisement

The Fashion Awards: from Rihanna to Naomi Campbell – in pictures

Wild rose: stand out this festive season in clashing partywear 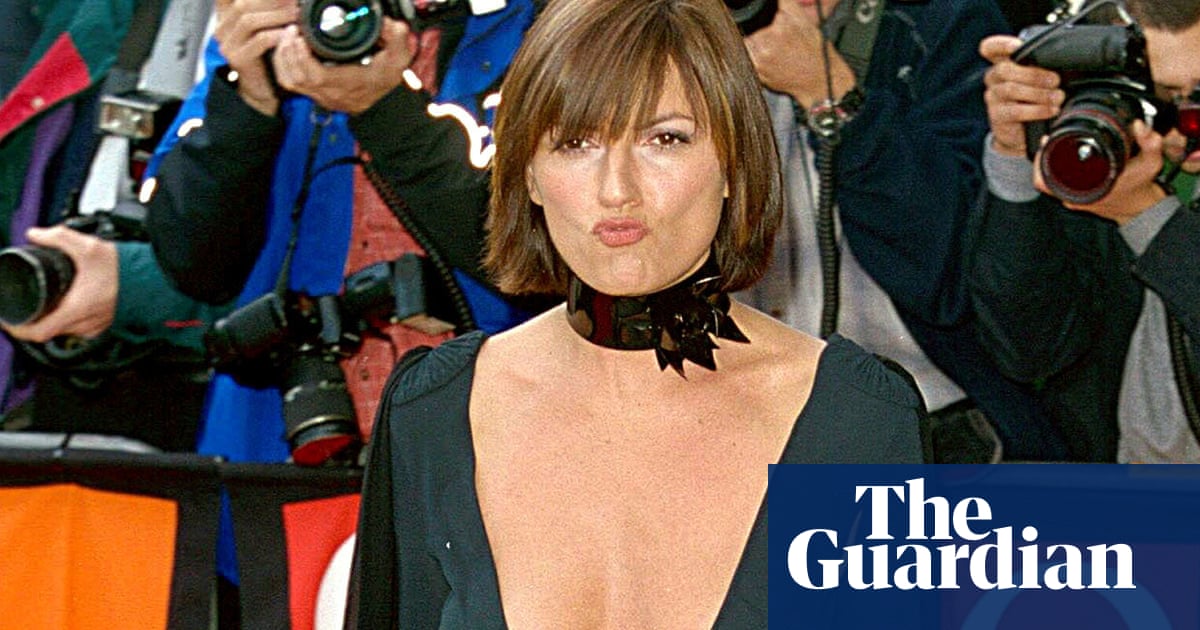 This dress was extremely different to anything I’d ever worn – and more risque. It was black with long sleeves and it came down below the knee, but it had a plunging neckline and needed vast amounts of tit tape. I wore it in 2000 to present the Q awards, which were always really raucous. I’d slightly tamed my dressing to be on telly, but when I was younger I was quite wild in my choice of clothes, so I just thought: ‘Why don’t I try something outrageous for fun?’ I wore this with a patent collar and took a riding crop with me on the red carpet – I really pushed the boat out!

The next day, Richard [Madeley] and Judy [Finnigan] did a whole item on the dress on This Morning – how to keep your tits in and where to put the tape, all that stuff. I remember thinking: ‘This is the best day ever – Richard and Judy are talking about my boobs!’

This was the same year I started presenting Big Brother. On the first series I just wore trainers, flared trousers and pretty tops; terrible clothes really, but I wore them so I could run back and forth from the house to the studio – the show was live and there wasn’t much time. For the second series, I wore flat shoes again because I was pregnant and then, from the third series on, I mostly only ever wore black. My sense of style also changed and I realised I could bring a lot more of “me” to the clothes that I wore to present.

Davina McCall: in at the deep end

Reality TV has changed a lot in terms of fashion – clothes from the early 00s were horrific. Perhaps we’ll look back on the 2010s and think the same thing. But people on Big Brother weren’t on the pull – they were just trying to survive 13 weeks in the house; contestants on Love Island are, and when you’re on the pull you always want to look your very best. As I’ve got older, I’ve tried to be slightly more chic. I was talking to someone recently about crinkly knee skin and why that shouldn’t be embarrassing. It’s interesting that society makes us feel that tight, pert skin is the only skin that’s of value but actually my wrinkly knees have lived through a lot of stuff which makes me of great value. Embracing the way that you look is a nod to how far you’ve come.

Tell us about your experiences of finding Christmas love