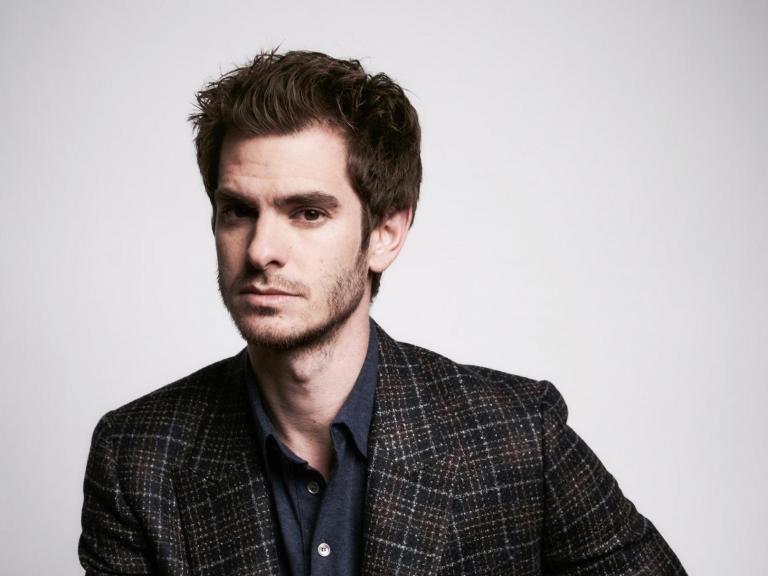 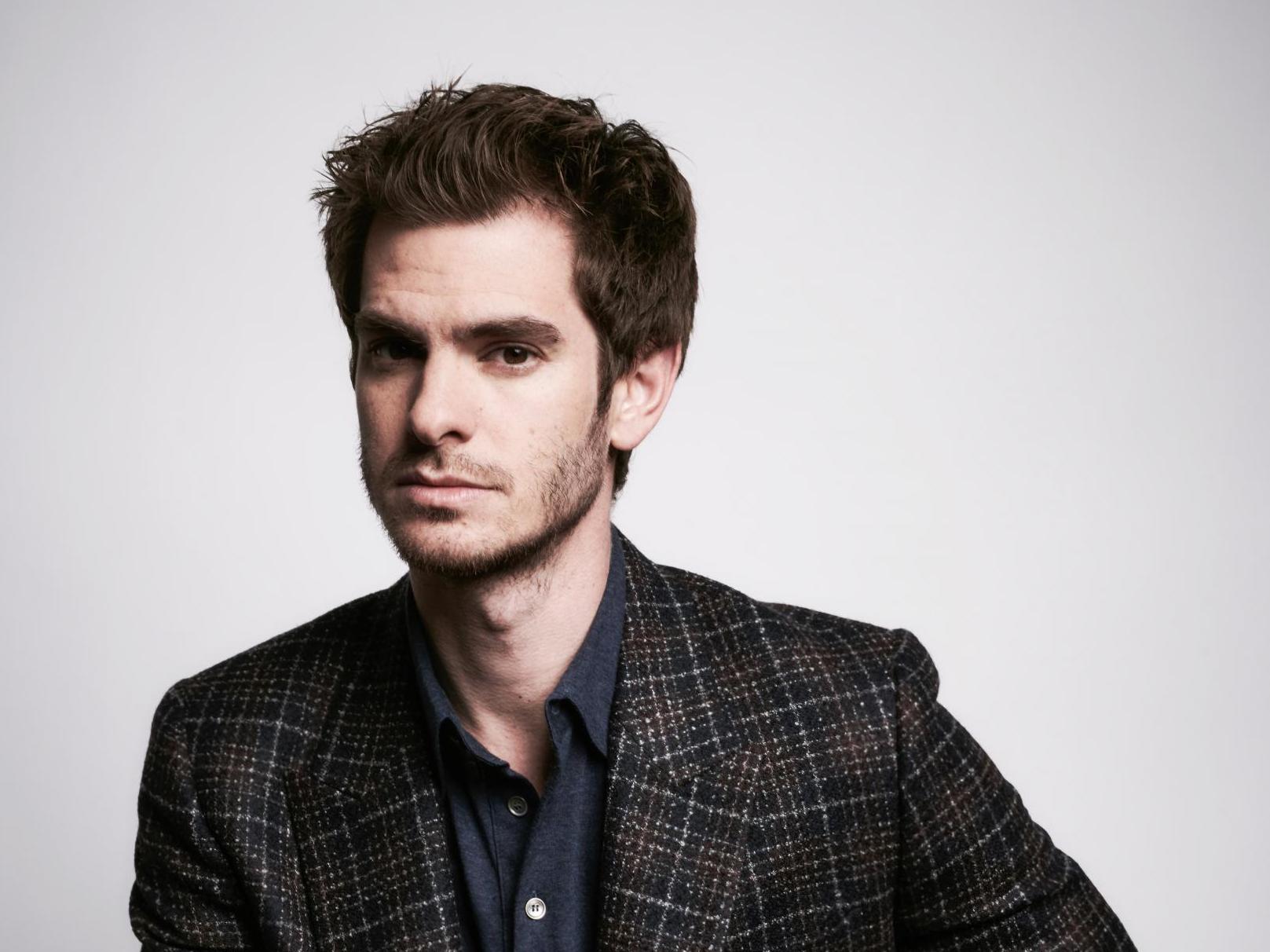 I don’t like the word cool but it felt cool in a way that I could get behind,” says Andrew Garfield, legs flung over the side of an armchair, copy of EE Cummings’ The Enormous Room by his side. “I thought it was The Goonies but with a 35-year-old.”

The star of The Amazing Spider-Man and The Social Network is describing what he thought when he read the script for his new film Under the Silver Lake. David Robert Mitchell’s follow-up to his meta-horror It Follows is a hypnotic neo-noir that heads down a rabbit hole of cryptic Los Angeles lore and pop-culture reverence, spliff in hand.

Not everyone thinks it’s cool, however. One scathing review called it “a pre-Time’s Up sort of a film”, referring to the fact its female characters are mostly beautiful, unclothed ciphers. Garfield admits that the presentation of women in Under the Silver Lake is “very reductive”, but prefers the theory that the film is actually a critique of the male gaze. “It’s holding the main character, and men generally, under a very unforgiving microscope,” he explains. His protagonist is a slacker cinephile and part-time Peeping Tom who tries to track down a missing girl. “You’re supposed to feel ambivalent towards him and the perspective he has on the world, the perspective he has on women, how he is with women,” he says.

At 35, having been in the spotlight for over a decade, Garfield seems a man at ease with himself, swinging between sincerity and playfulness. Today his wiry frame is wrapped in a black varsity jacket that has a cartoon pig embroidered on its sleeve. The hair is quiffed, the stubble uneven. He’s animated and articulate; ideas form fast. He says he likes doing interviews “because there’s a danger to it. It’s a game. I like being honest in a situation where it’s dangerous to be honest. It’s really invigorating. I like saying the wrong thing.”

This has landed him in hot water before. In 2017, during a Q&A session about his role as Prior Walter, a gay man dying from Aids in Tony’s Kushner’s play Angels in America, Garfield joked that he better understood his character by watching RuPaul’s Drag Race. “This is my life outside of this play,” he continued. “I am a gay man right now just without the physical act – that’s all.”

The comments were met with opprobrium from within the LGTBQ community for being insensitive and reducing gay male identity to broad stereotypes. “I had no idea there was a journalist in the room that was going to print it,” he says now, “and that another journalist across London was going to take one look at it and go, ‘Clickbait’, to create revenue for their magazine. It was a live Q&A and it was taken out of context.”

How does he feel about the growing consensus that LGBTQ roles are too often given to straight actors? “I understand the complaint,” says Garfield. “I think Tony Kushner put it best. He said, ‘It’s illegal for me to ask someone who they f**k in terms of hiring them for a job. That’s none of my business who someone sleeps with. The only question I have as the playwright is, are they right for this character?’ He said that if we only let people play who they are, then it’s the death of empathic imagination. I think that’s beautifully put, and I agree with it.”

At the same time, Garfield continues, meticulously, he understands that him “taking such a role means potentially taking it away from an LGBTQ person. The community has suffered so much oppression. As a straight, white male, with so much privilege in this world, I believe my job right now is to pay attention, to listen and to be an ally.”

Speak to anyone who knows Garfield and they will attest to his passion, his determination to work harder. “I take my job incredibly seriously,” he says, “and I am very strong willed, strongly opinionated, and I love nothing more than being with a filmmaker and people that I trust that I can give myself to.” While shooting The Social Network (2010), for which he was nominated for a Golden Globe, he says he once had a disagreement with its director David Fincher “and David won the argument, because he’s far smarter than me and more brilliant”. “But then on every film,” he adds, “I’m not an easy ride.”

A leaked email in the Sony hack in 2014 suggests that Garfield wasn’t an easy ride while starring as Peter Parker in The Amazing Spider-Man 2. It read: “Here we are about one hour away from our Gala event and Andrew decides he doesn’t want to attend. He has a rather scruffy beard and he just wants to be left alone.”

Plans for a third film were shelved and the series was rebooted with Tom Holland in the lead role. Garfield has no regrets. “I worked harder than I’ve ever worked on anything and I’m really proud of it,” he says, “but I didn’t feel represented. There was an interview I gave where I said, ‘Why can’t Peter explore his bisexuality in his next film? Why can’t [his girlfriend] MJ be a guy?’ I was then put under a lot of pressure to retract that and apologise for saying something that is a legitimate thing to think and feel. So I said, ‘OK, so you want me to make sure that we get the bigots and the homophobes to buy their tickets?’”

For a long time, Garfield was defined by Spider-Man. Released in 2012 and 2014, the films not only made him a global star, the face of an iconic franchise, but he received even more exposure to the Hollywood celebrity machine thanks to a long-term relationship with his co-star Emma Stone (they’re still friends). Look through his credits, though, and what springs out is how many serious, sensitive roles he’s inhabited. Indeed, think of his haunting, Bafta-winning turn as a child killer released back into the world in Channel 4’s Boy A (2007). Or his bruised depiction of the suave Facebook co-founder Eduardo Saverin in The Social Network (2010). Or his compelling Broadway debut opposite Philip Seymour Hoffman in Mike Nichols’ acclaimed 2012 revival of Death of a Salesman.

If anything, he’s intensified as a performer in recent years, channelling a Jesuit missionary in 17th-century Japan in Martin Scorsese’s austere Silence (2016) and a pacifist soldier in Mel Gibson’s gory Hacksaw Ridge (2016), for which he was Oscar-nominated. It’s a long way from his breakthrough role in the hilarious lesbian sitcom Sugar Rush in 2005, when he played the puppyish boy-next-door Tom. “That was f**king it,” he recalls excitedly, when I tell him I’m a fan of the show. “I was like, I’ve done it. I got a TV job and I went out with a few mates. We went out to Turnmills [a now defunct club in Farringdon] and just got f**ked. It was so messy but it was good.”

These days, Garfield is in for the long haul. “I don’t want to do Desert Island Discs until I’m in my sixties,” he says. “I want to come on there like Tom Hanks or Mark Rylance and be able to justifiably sob at my prior loneliness as a 20-year-old. I want to do it real. I don’t want to be like, yes, I did this job and that job.”

Garfield was born in Los Angeles in 1983, before moving to Epsom in Surrey when he was three. His father, a Californian native, found a job as a swimming coach, while his British mother became a primary school teacher. Growing up, he spent a lot of time watching US films such as The Goonies, Teen Wolf, Big and White Men Can’t Jump (“It was this forbidden fruit because it was a 15 [certificate] and I was, like, eight”). I ask him if he feels more American than British, or vice versa. He doesn’t. “I identify more as Jewish than anything,” he says. “I have a love-hate relationship with both countries and used to be very proud to have both passports. Today, I’m slightly less proud.”

Why’s that? “I don’t want to get into Brexit,” he says, “but in the US we have a president who was elected through media manipulation to a great degree. That seems to have been proven now. There was policy being made because of the tools of manipulation that are available to evil people, to people that want power, to people that want a certain political agenda fulfilled. But, listen, what do I know about politics and policy?”

For someone so ebullient, it’s surprising how much Garfield hates fame. Questions about his private life – including his recent relationship with singer Rita Ora – are a no-go, for instance, and he’s not on social media. “Well, not really,” he says. “I have… a confession. On Twitter, I have an account that I use to follow news and certain people. I don’t have an official account or anything like that but I use it because I like to know what’s going on. But it gets so addictive.” Like a voyeur? “Yeah, I suppose. I’m not participating but I’m just kind of watching. People are very funny on it too – like Rob Delaney.”

The whole idea of self-promotion, he says, he finds very “un-English”. “I went for lunch with my parents the other day and we were in a restaurant near Chelsea. There was a table of two girls and a guy, and one of the girls was probably a model, and he was a boyfriend. Seventy per cent of their lunch was her finding the right angle for a selfie. I was observing their behaviour and barely listening to my parents. The boyfriend had to come around the table, take the photo exactly where she wanted it.” Garfield strikes a pose and pretends to take a selfie. “It was her just… looking off camera,” he continues, “as if she was in the middle of a conversation somewhere,” he says, “and then she would pause to have a bite of her eggs, and he’d have to take another picture. The boyfriend, god bless him.”

Although he’s laughing as he tells this story, he thinks society’s obsession with fame is genuinely worrying. “You ask a kid in pre-school now, What’s your dream?’ ‘To be famous,’ they’ll reply. It’s the Kardashian effect. I find it devastating and sick-inducing.” His next project is a film called Mainstream, which is directed by Gia Coppola. “She’s obsessed with what that is doing to us, the anxiety and lack of self-worth it’s creating. That normalisation of self-promotion and the obsession of fame is just heartbreaking.”

Other than Mainstream, the next 12 months are looking quiet for Garfield. He’s proud, he says, of how “balanced” his CV is looking now, how it’s provided “an antidote to being pigeonholed as one thing”. He smiles contentedly. “I feel free again to be more relaxed.”

Under the Silver Lake is in UK cinemas and available on mubi.com now