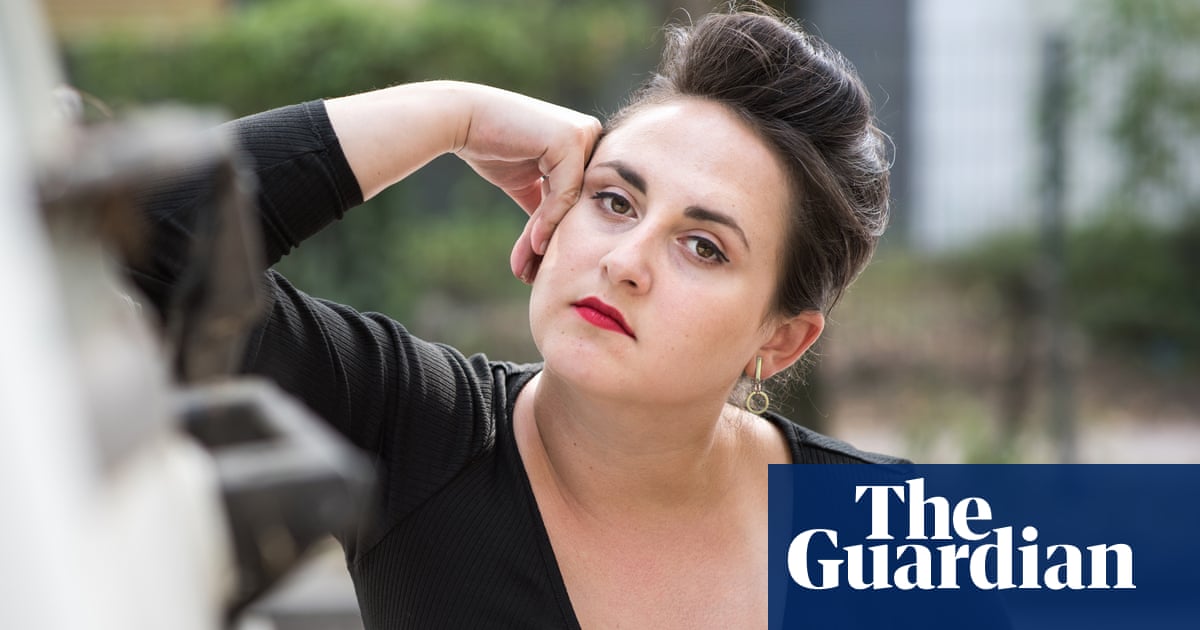 John Steinbeck wrote in A Russian Journal (1948) that wherever he went in Russia, “the magical name of Georgia came up constantly”. This southern land in the Caucasus, with its Black Sea coast and vineyards, was spoken of “as a kind of second heaven”.

Yet used as a chapter epigraph towards the end of Nino Haratischvili’s harrowing, heartening and utterly engrossing epic novel, Steinbeck’s words are freighted with irony. At this point, the narrator, Niza, has been subjected to a life-changing (and grimly graphic) assault in the Georgian capital, Tbilisi, and the civil war that followed the Soviet Union’s collapse is about to multiply such atrocities into anonymous statistics.

The dissonance between how Georgians perceive their reality and how it is seen from outside – whether in Russia or the west – reverberates through this astonishing novel, peppered with epigraphs ranging from Maxim Gorky to Mikhail Gorbachev. At more than 900 pages, the book spans the “red century”, reaching into the 21st, from the rare vantage point of a subjugated republic on the fringes of the Russian and Soviet empires, the “balcony of Europe”. When I was artistic director of the UK’s first festival of Georgian writers, I realised how Georgia’s complex history is often wrongly conflated with Russia’s – despite having its own language and alphabet. The Eighth Life (for Brilka), originally published in German in 2014, has the heft and sweep to overturn such misconceptions, while introducing the uninitiated to a beguiling culture. A subtle and compelling translation by Charlotte Collins and Ruth Martin (on the heels of a Georgian version earlier this year) should make this as great a literary phenomenon in English as it has been in German – most recently winning the 2018 Bertolt Brecht prize.

Niza Jashi, in her early 30s, is the fifth of six generations of the Jashi family, whose saga she writes down in Germany (where the Georgian-born Haratischvili lives) for her 12-year-old niece Brilka. Arranged in eight “books”, the “beautiful puzzle” of family history begins with Niza’s great-great-grandfather, a master chocolatier. Protagonists include her great-grandmother Stasia, an aspiring dancer whose marriage to a White Guard turned Red Lieutenant takes her to St Petersburg; their son Kostya, who follows his father into the navy; and their daughter Kitty, who flees treason charges to become a dissident singer-songwriter in Britain. Kostya’s wayward daughter Elene is mother to Niza and her half-sister Daria.

There are echoes down the generations, from dancers’ thwarted dreams to devastated loves, and passion between women

From Tbilisi and Moscow to London and Berlin, their lives are vividly enmeshed with world events, from the rise and fall of the Soviet empire to the siege of Leningrad and the Prague spring. Yet what has been hailed as a Georgian War and Peace has more in common with Günter Grass’s The Tin Drum. Far from omniscient, Niza’s narrative is an imaginative feat to set against the historical gaps and silences left by state propaganda and trauma, in “a century that cheated and deceived everyone”. All but one of its books centre on women in the family, with their own perspective on the workings of totalitarianism and naked power.

Off stage, the “millionfold murderer” Stalin is not named but referred to as Joseph, Soso, Kobo, Generalissimus. His henchman Lavrenti Beria – also Georgian – does appear, as a short man with pince-nez known only as Little Big Man. Head of the secret police or NKVD, he is a sexual predator, torturer and Stalin sycophant down to his taste for Georgian Khvanchkara wine. Little Big Man’s stalking of Stasia’s porcelain-complexioned sister Christine, whom he rapes in a box at the opera, is one of many chilling vignettes on naked power. A perverse, irrevocable act by Christine’s disillusioned utopian husband, to save his wife, illustrates how absolute power not only corrupts those who wield it but corrodes the moral codes of those in their orbit. Some clues indicate that Kostya’s friend Georgi Alani, a Soviet attache in London tasked with “repatriating” fugitives, may be Little Big Man’s illegitimate son. Yet Alani’s ambiguous path explores culpability, atonement and redemption in a novel that is also about fate and free will.

There are echoes down the generations, from the thwarted dreams of dancers and poets to devastated loves, and passion between women. Several characters crave Vienna as fervently as Chekhov’s Three Sisters pine for Moscow – a longing that (like the chocolatier’s confections) embodies the European dreams Georgia shelved during 70 years of Soviet rule. Yet Kostya, the patriarch basking in nomenklatura privilege, is scathing about Georgian claims to victimhood: “What a comfortable life the Georgian elite – including the intelligentsia – had established for themselves in their little piece of paradise.” The less privileged Eristavi family fare worse as fall guys in the Gulag.

Moments of melodrama are balanced by the novel’s psychological acuity, intimating, for instance, that torture and rape chambers, like battlefields, can be survived but never left. Of her assault by a Mkhedrioni militiaman, Niza writes: “I remember everything, but I don’t remember what I felt through it all.” Such numbness also afflicts a country trapped in the repetitions of history. The Red Army invasion that curtails Georgia’s first republic of 1918-21 finds a brutal echo in Tbilisi on 9 April 1989, when Soviet troops bludgeon peaceful demonstrators to death with shovels. Stalin’s saviour complex after Nazi defeat (“victors are forgiven everything”) threatens to live on in a succession of post-communist leaders.But the novel’s eighth book is left blank – perhaps as a tabula rasa on which Brilke might rewrite her destiny and that of her homeland.

Niza’s carnivalesque “carpet” is knotted together with the aid of such literary conventions as a family recipe for hot chocolate as accursed as it is addictive, and a grandmother visited by spirits. Yet these devices seem less convincing than the finely plotted correspondences and illuminating historical grasp. Patterns in the blood-red rug leap out at the reader long after this momentous book is closed.

• Follow Maya Jaggi on Twitter @MayaJaggi. The Eighth Life (for Brilka), translated by Charlotte Collins and Ruth Martin, is published by Verso (RRP £14.99). To order a copy go to guardianbookshop.com. Free UK p&p over £15.

Zimbawe’s Mugabe ‘left US$10 million, but no will’

Zimbawe’s Mugabe ‘left US$10 million, but no will’