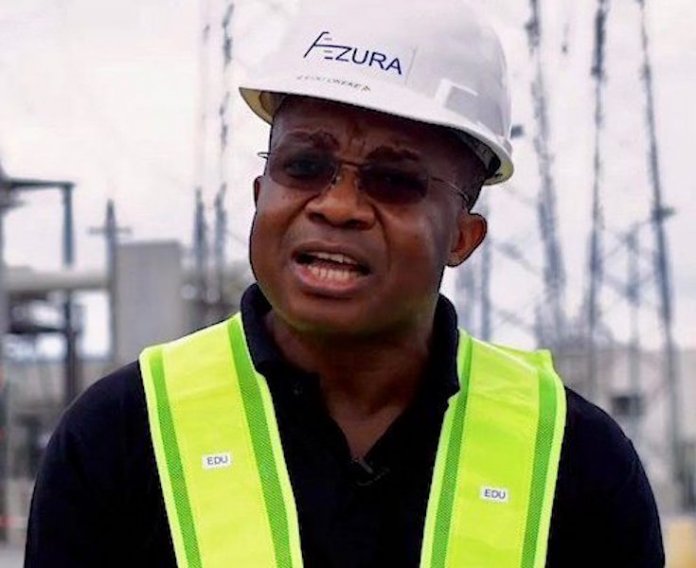 The Chief Executive Officer of Azura-Edo Power Genco, Edu Okeke, in this interview, says it is important for Nigeria to realise that its power sector requires an end-to-end solution to its many challenges which currently impact its productivity. Chineme Okafor brings the excerpts:

What is the update on Azura’s investment in Nigeria?
Earlier this year we marked our 10-year anniversary from project conception, and we are conscious that our strong performance today rests on the foundational work laid down during the past decade. The market and feasibility studies for Azura Edo were commissioned in February 2009. Over the subsequent five years, we secured the land for the project in Edo state, completed an environmental and social impact assessment, commissioned the engineering designs, hired financial advisors and initiated conversations with all the various regulators that need to be involved in a major power project.

It wasn’t until April 2013 that we had a power purchase agreement in place – after our 11th meeting with the NBET, July 2015 until we had final federal government’s approval for the contractual structures and January 2016 when we reached financial close with our lenders. That was when the contractors – Siemens and Julius Berger, mobilised to the site to begin construction, and 28 months later – eight months faster than scheduled, the power plant was commissioned. Since the plant was commissioned, Azura-Edo has provided eight per cent of the electricity that has been sent to the national grid. Our operational performance is best in class, not just in Nigeria but globally, with 97.3 per cent uptime and that performance is completely transparent. Anyone is able to access our website or application and see in real-time how the plant is doing.

I think it’s important to be clear at this point, that when we started this process, there was no blueprint for it in Nigeria. It had not been done before. As a result, the Azura process has been the model for the formulation of the bulk of the contractual boiler plate which reside in the power purchase agreements, gas supply agreements, gas transportation agreements, and grid connection agreements that are now market standard in the Nigerian on-grid electricity supply industry. So, in summary, Azura-Edo is performing very well operationally, well within the targets we set ourselves and we are very proud of the engineering standards we have set and the processes that we have helped create.

Currently, who are the people behind Azura and where are they from?
The majority and controlling shareholder in Azura is Actis LLP, a specialist emerging markets growth capital investor headquartered in London. Actis’ origin started in 1948 as the CDC development finance arm of the UK government, and in 2003 a restructuring created Actis as today’s commercial investor separate to the ongoing role of CDC within the UK government. Actis has had an office and team based in Nigeria since 2004, part of a global network of 16 offices and 120 investment professionals spanning Asia, Africa and Latin America. In the power sector, Actis’ investments globally account for around 20 gigawatts (GW) of electricity generating and distribution capacity delivered to over 88 million customers worldwide.

The NERC recently approved a retail tariff and equally set a minimum remittance threshold for the power Discos, does this have any impact on your operation?
The tariff and remittance regulations govern the ‘lifeblood’ of the entire electricity value chain in Nigeria, as they are the basis on which the transmission company, the generating companies and ultimately the gas producers and providers are paid for the services that they provide. If the Discos are able to generate sufficient cash through the sale of electricity to their customers, then the rest of the value chain will benefit and the government in particular, will no longer have to underwrite some of the payments made in that value chain.

Obviously, you’ve completed the first phase of the IPP. When do you expect to begin the second?
Nigeria’s electricity market is in a state of transition at the moment. It is well known that, for a mix of commercial, regulatory and technical reasons, the electricity distribution companies are unable and/or unwilling to offtake all of the power generation capacity that is currently available in the country. As a result, at this stage, the second phase of development at Azura is on hold. As the market evolves, and the various interventions taking place in the distribution and transmission segments of the market deliver results, it will be important to make early investment decisions about the expansion of generation, because as you have heard, these projects are not ones that happen over-night. We have to plan for both future demand, and future ability to absorb the power and so we are constantly assessing the evolution and state of the wider value chain to make sure we make an investment decision at the right time for us, and for Nigeria.

But you recently announced an investment in Senegal. Does this mean you are no longer exclusively focused on Nigeria?
While Azura’s initial focus was on Nigeria and we continue to pursue opportunities here, we have a much broader focus today. Azura-Edo is our flagship project, but in conjunction with Africa50 – a multi-country investment vehicle seeded by the African Development Bank, we have recently made a major investment in Senegal which has brought the 115 megawatts (MW) Tobene power plant into the Azura family. We are also making major new investments in East Africa; and in Kenya and Mozambique in particular. These undertakings support our strategic objective of building a generation portfolio of 3,000MW of installed and operational capacity. This is driven by both our original vision as a company, and by the influx of capital from Actis which is now the majority controlling shareholder in the business. Actis currently manages $12 billion of capital for some 330 investor institutions across the world that themselves together manage over $5 trillion. And this depth and strength of institutional funding is one of the key success factors behind the growth of the Azura platform.

There has been some debate about the Azura Partial Risk Guarantee and whether it is a good deal for Nigeria, what is your response to this?
I think it is important to understand what the PRG is, and why it is in place, in order to respond to this. A partial risk guarantee is a mechanism that provides investors with comfort that in the event that the power value chain is unable to pay for power that is generated and provided to the grid, the PRG provider will step in and cover some of those costs. It’s also important to recognise that it doesn’t cover all of the costs. The investor retains a significant proportion of the risk. The PRG is only activated in the event that the government of the country in question also fails to activate its own guarantee of payment, which is also included within the financing processes.

The PRG is a last resort that is only activated in the event of a complete breakdown in the system and, as a result, using it has some consequences for the country in question. International ratings agencies regard it negatively, for example, and it becomes more difficult and more expensive for the country, and project developers in it, to secure funds in the future.
Because the Azura -Edo project was a first of its kind in Nigeria, and investors were stepping into unknown territory, the PRG was an essential part of the financing process and to be absolutely clear, without it, the investors would not have proceeded to financial close.

On the back of this, does this PRG exempt Azura from taxes to Nigeria in a way that is negative for the country?
Absolutely not, the PRG has no connection whatsoever to Azura’s tax status in Nigeria. Azura pays taxes in Nigeria, like any other Nigerian company.

With regards to payment for your output to the national grid, do you foresee any challenges, how’s your transactional relationship with the NBET?
One of the clear challenges in the system is that the remittances from the distribution companies to NBET are insufficient to cover the cost of the power that is being generated by Nigeria’s power generating companies. NBET, as the market maker in the middle, is currently supported by bridge financing mechanisms, typically provided by the Central Bank of Nigeria. However, these support measures are, and were always intended to be, interim measures, that is, over time the tariff and market shortfalls are supposed to reduce such that the remittances from the electricity distribution companies can support the entire value chain.

NBET, along with NERC and other key agencies of government are working hard to move the industry in the right direction. NBET is a key stakeholder in the Azura project, it’s the one government agency that we have the most contact with. But it’s not the only government stakeholder. For example, the fuel-gas that we use in our turbines is purchased from a joint venture company in which the majority partner is the government owned Nigerian Petroleum Development Company. In addition, we purchase all our gas transportation services from the government owned Nigerian Gas Company. And the largest single lender to the project is the Central Bank of Nigeria – through its Power and Aviation Infrastructure Fund. And, of course, the other major government stakeholder in the project is the ministry of finance which stands behind the project’s payment securitisation.

How do you think the power sector reform process is going?
I think it is common knowledge that the reform process is facing some challenges and that different parts of the power value chain are evolving at different rates, which means that the entire system is not operating optimally. If we look back to when the Azura Edo project was conceived, the main focus of the government and international partners, was on Nigeria’s lack of generation capacity.

Today, that capacity challenge has been mitigated to a certain extent and generation capability has been enhanced. This was initially a challenge for the transmission company which remains government owned, and which has slowly expanded its own ability to transmit the power that is now being produced, but this leaves the problem at the distribution end of the value chain, which is where the funding for it originates.

The distribution companies have not been able to drive collections and enhance services for consumers to a level where they are generating enough funds to pay for the power that is transmitted to them. This means that the government has had to step in as a bridge financier to provide liquidity to the system.

There is now a significant level of focus on addressing the Disco challenges, and we know that solutions including re-capitalisation of the distribution companies, mini-grids, off-grid structures and enhanced metering are all underway.

However, the most important thing to consider when looking at the Nigerian power sector, is the need to think holistically. It is not possible to solve the sector’s challenges without covering it from end to end. While the current focus on addressing distribution challenges is commendable, we must not lose sight of the need to consistently build and improve gas production and distribution, as well as generation capacity so that as transmission and distribution capacity increases, the power is there to be provided to the consumer.