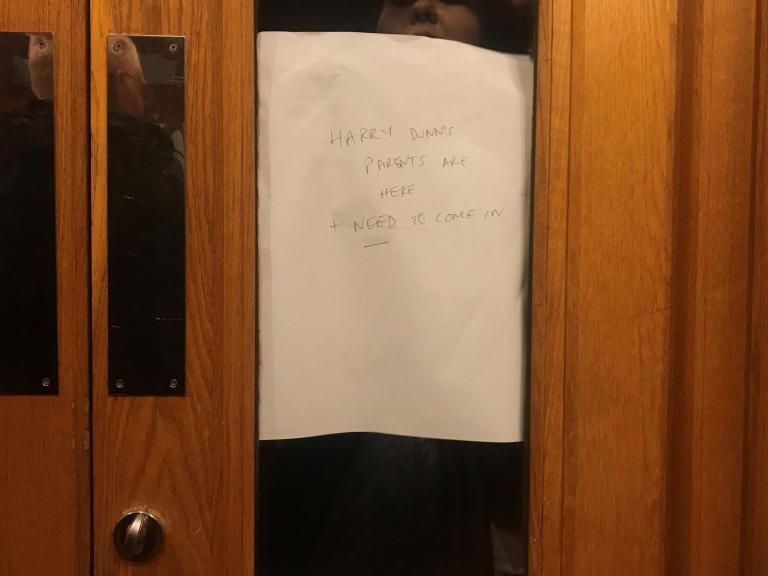 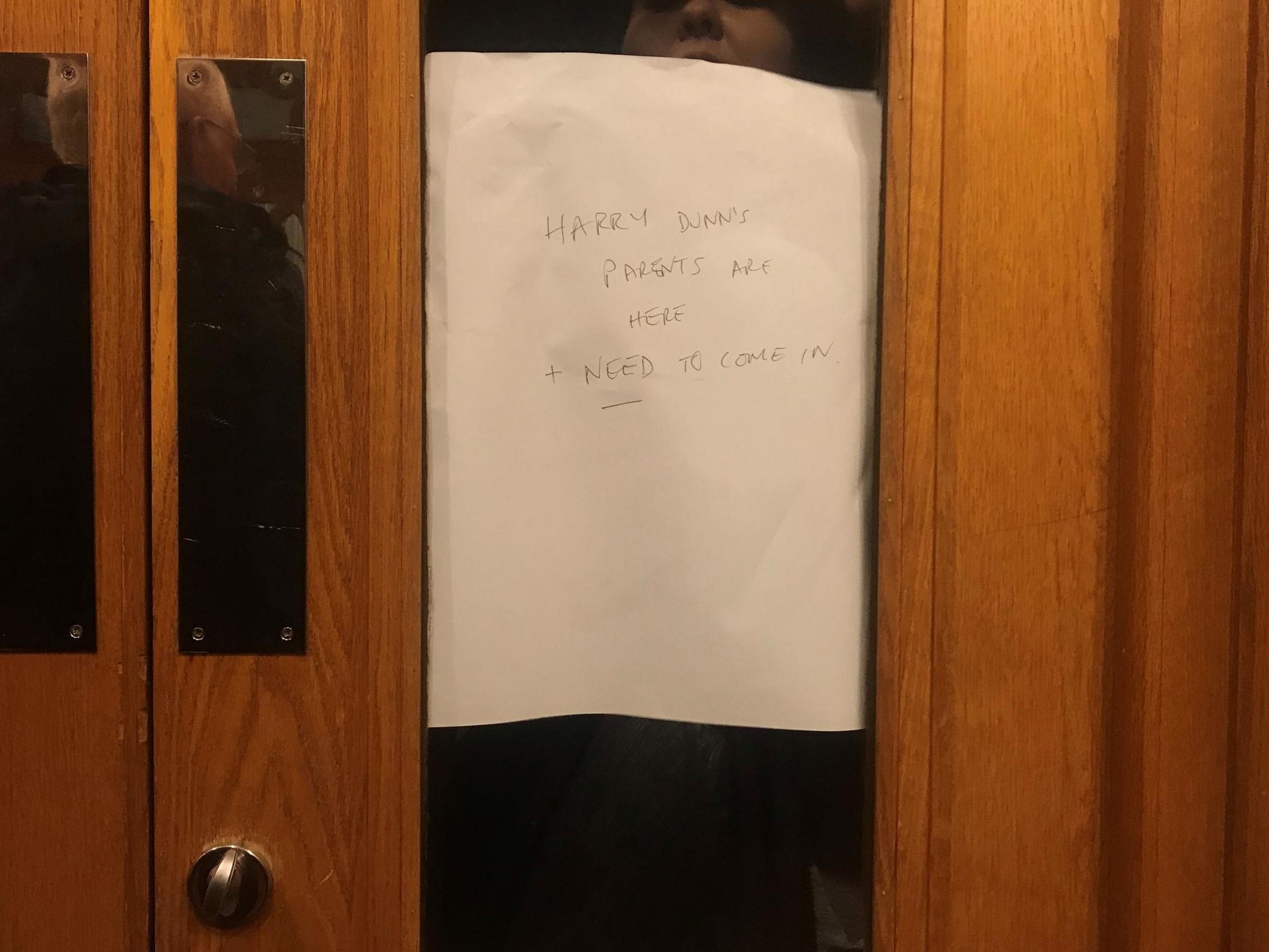 Tim Dunn, Harry‘s father, was unable to enter the event in the Esher and Walton constituency due to overcrowding, which led to him and other supporters heckling the foreign secretary outside.

A crowd booed and branded Mr Raab a “coward” as he left East Molesey Methodist Church in an official car on Monday evening, after the event where he and other candidates aimed to appeal to local constituents.

Mr Dunn, whose son died almost three months ago, and Harry‘s mother Charlotte Charles criticised the Tory candidate over the decision to grant immunity to the US diplomats’ wife whose car killed their son.

And they have urged voters to unseat Mr Raab over his handling of the row, saying in a statement on Monday: “We are not political people. Whatever political thoughts we hold we generally keep to ourselves.

“But the enormity and shocking nature of what has happened to us have left us feeling compelled to come to Esher and Walton this evening in the midst of the current election campaign.”

The added: “We feel that his handling of our situation has been so outrageously dishonourable and disrespectful that we have a duty to respectfully bring these matters to the direct attention of that local community that have until now voted him into this position.”

Harry was killed when his motorbike was involved in a head-on crash with a car outside RAF Croughton in Northamptonshire on 27 August.

Anne Sacoolas, the motorist allegedly responsible for the crash, claimed diplomatic immunity and was allowed to return to the US, sparking an international controversy.

Harry‘s family hoped to put pressure on the foreign secretary at the hustings in Surrey, but they and other supporters were kept outside of the packed venue, which saw many attendees without a seat.

A member of staff at the church said the decision was related to fire safety.

Following questions on the NHS, Brexit and foreign policy, a local resident stood up to address Mr Raab during his closing statement.

Rebecca Little, who lives in Cobham, told the PA news agency that she has been following the events on social media.

The 44-year-old said she chose to ask Mr Raab about the case on behalf of Harry‘s family, claiming that they were prevented from entering the event by his security.

“I was shut down by the shouting when I stood up but I could see other people in the audience saying, ‘Come on, let them in’,” she said.

“There were several security detail preventing the family from coming in but they have a right to enter the hustings.

“When Raab’s heavies are preventing them coming in, I believe the people in there had a right to know.”

Signs calling for Harry‘s family and friends to be allowed to enter were held up against the church door, which was monitored by staff. There were chants of “let us in” with more than 50 people outside.

During the visit to the constituency on Monday evening, Mr Dunn had hoped to call on voters to back Monica Harding, a Liberal Democrat candidate hoping to unseat Mr Raab.

Asked why he thought Mr Raab did not speak to him, Mr Dunn told reporters: “I think he doesn’t want to give me the answers I need.

“There’s things going on, we’re not quiet about it, we think the CPS [Crown Prosecution Service] and the FCO [Foreign Office] are talking and delaying tactics.

“I just don’t understand why it’s taking so long. We’ll keep going and answering the questions and hopefully get there soon.”

Northamptonshire Police, who were not told Mrs Sacoolas had left the UK, have handed a file of evidence to the CPS after interviewing the 42-year-old in the US.

The family of 19-year-old Harry have been fighting for action in a three-month saga that saw the case taken to the White House.

A claim by the family, which alleged that the granting of diplomatic immunity to Mrs Sacoolas was “wrong in law”, was met with strong resistance from the Foreign Office.

Mr Raab has previously defended the decision by the Foreign Office to “seek costs” for any legal action.