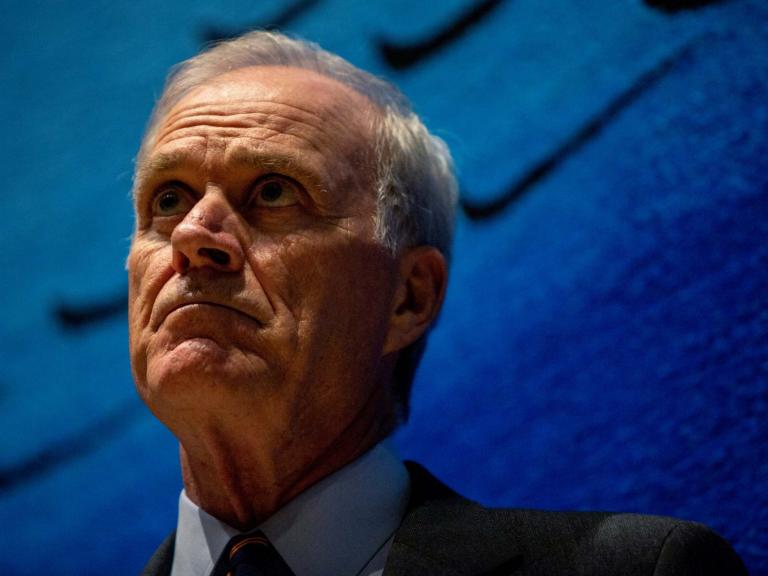 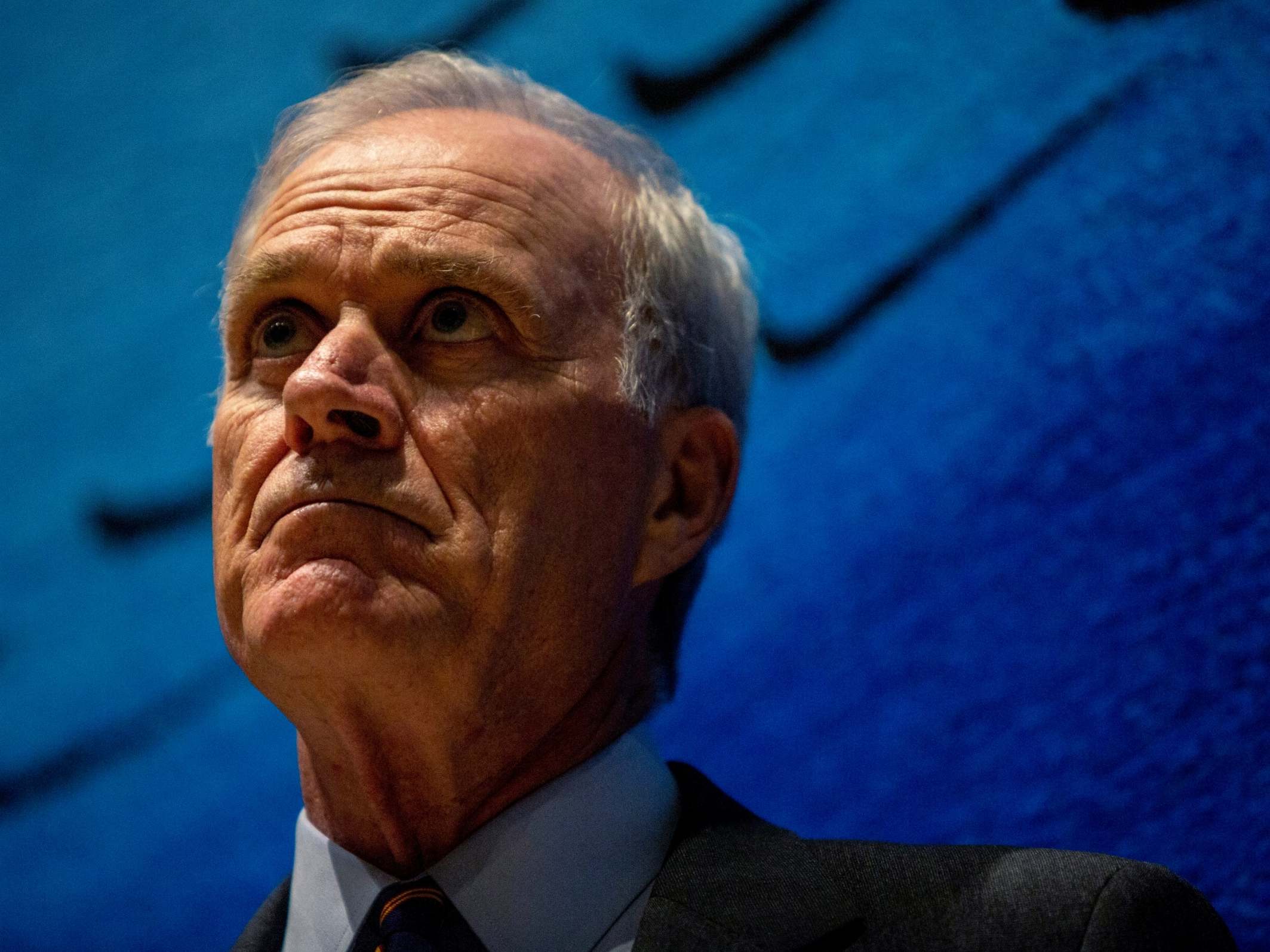 The ousted chief of the US Navy has attacked Donald Trump in his resignation letter, telling the president they do not hold compatible views on “good order and discipline” in the military.

“The rule of law is what sets us apart from our adversaries,” Richard Spencer, the secretary of the navy, told the president as he was fired by Mark Esper, the defence secretary, on Sunday.

Mr Spencer had allegedly proposed a backroom deal with the White House designed to resolve a public spat over disgraced Navy Seal Edward Gallagher – without telling Mr Esper. This was the official reason for his sacking.

Chief Petty Officer Gallagher was convicted in a court martial earlier this year of having posed with the corpse of a teenage Isis member during a 2017 deployment, but was cleared of murder.

The navy was planning a review to determine whether he should be expelled from the elite Seal force, raising the ire of Mr Trump and prompting the spat.

On Saturday, Mr Spencer made clear his resistance to the president’s stance. At a security conference in Canada he said he did not interpret Mr Trump’s tweets – insisting that “the Navy will NOT be taking away Warfighter and Navy Seal Eddie Gallagher’s Trident Pin” – as a formal order.

Mr Esper said he lost confidence in Mr Spencer after finding out the navy chief had tried to end the dispute behind his back, despite the pair having held several conversations on the matter. Mr Spencer’s supposed plan would have seen Gallagher retire with his Seal status intact.

Gallagher’s fate suddenly became a matter of the highest national importance when Mr Trump intervened in his case and issued a pardon on 15 November, in the face of navy recommendations.

Mr Trump reinstated Gallagher’s rank and tweeted noisily in opposition to plans to strip the operator of his elite Seal status.

The president also pardoned former 1st Lt Clint Lorance, who was convicted in 2013 of the murder of two unarmed men in Afghanistan, and Major Mathew Golsteyn, who was due to face a murder trial in 2020.

On Sunday night Mr Spencer wrote in a letter to Mr Trump: “The rule of law is what sets us apart from our adversaries. Good order and discipline is what has enabled our victory against foreign tyranny time and again.

“The constitution and the uniform code of military justice are the shields that set us apart, and the beacons that protect us all. I have strived to ensure our proceedings are fair, transparent and consistent, from the newest recruit to the flag and general officer level.

“Unfortunately it has become apparent that in this respect I no longer share the same understanding with the commander in chief who appointed me. In regards to the key principle of good order and discipline, I cannot in conscience obey an order that I believe violates the sacred oath I took in the presence of my family, my flag and my faith to support and defend the constitution.”

Mr Trump announced Mr Spencer’s replacement on Twitter, and at the same time declared that Mr Spencer’s alleged private proposal would now, in fact, be fulfilled.

He said: “I was not pleased with the way that Navy Seal Eddie Gallagher’s trial was handled by the Navy. He was treated very badly but, despite this, was completely exonerated on all major charges. I then restored Eddie’s rank. Likewise, large cost overruns from past administration’s contracting procedures were not addressed to my satisfaction.

“Therefore, Secretary of the Navy Richard Spencer’s services have been terminated by Secretary of Defense Mark Esper. I thank Richard for his service & commitment. Eddie will retire peacefully with all of the honors that he has earned, including his Trident Pin.

“Admiral and now Ambassador to Norway Ken Braithwaite will be nominated by me to be the new Secretary of the Navy. A man of great achievement and success, I know Ken will do an outstanding job!”

Rescuers race to save 14,600 sheep after cargo ship capsizes in Black Sea