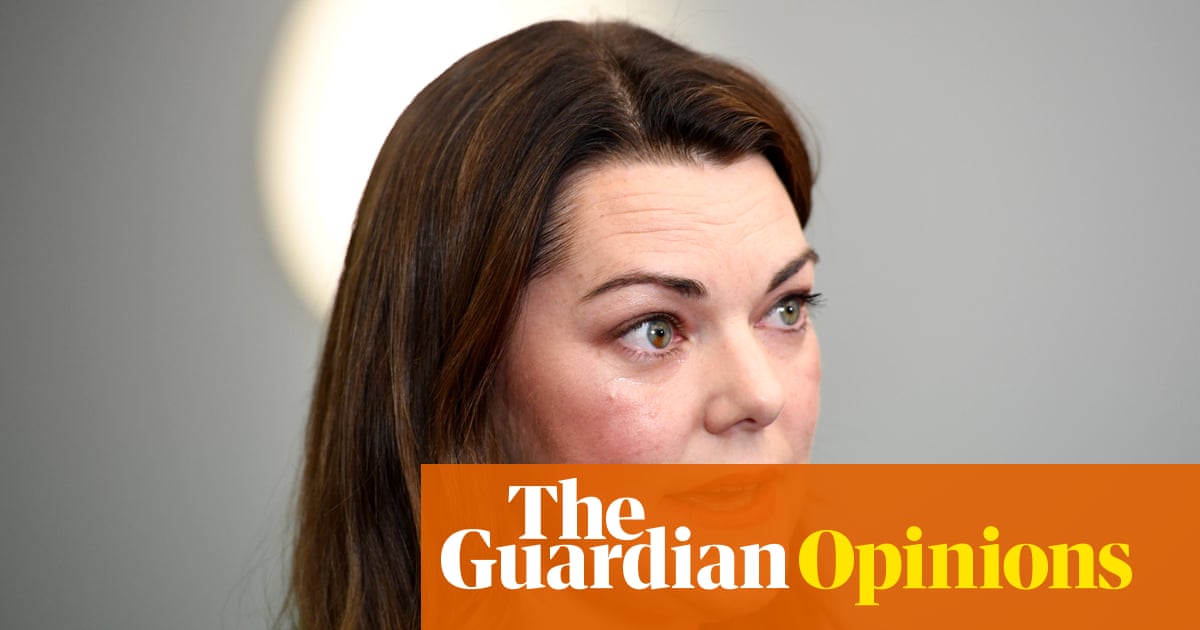 When a man does the wrong thing he should apologise. When he doesn’t, he should be called out and that is what I did in the defamation proceedings I took against former senator David Leyonhjelm.

I did it not for me, but for every woman and girl across the country who has been told to stay silent, made to stay silent or to feel as though speaking out would cause more harm.

Taking legal action was a hard decision to make, and one that could not have happened without the immense support from regular everyday Australians who want better treatment and respect for women in our workplaces, our homes and our community.

All I ever wanted was for Leyonhjelm to apologise for his hurtful remarks and bad behaviour. He refused.

The court’s decision in my favour has vindicated my decision to stand up and call it out.

I was awarded substantial aggravated damages which I will be donating to two important organisations that fight for women and girls everyday: Plan International and Working Women’s Centre in South Australia.

Justice White found that the defences that Leyonhjelm attempted failed. It was far from insignificant that the court found Leyonhjelm was motivated by malice. That his intention was to publicly shame me.

It felt intentional. It felt malicious. But so often women are told to toughen up, that politics is rough and tumble and this is part of robust debate. It makes you question yourself.

For years I have sat silent and tried not to wince while taunts of men’s names, who I supposably have had sex with, are whispered or shouted across the room at me, designed to shake me, hit me like bullets and throw me off my game.

But bullies are cowards, looking for excuses, for ways to blame everyone else when they get caught. Robust debate is fine. Strong and passionate debate over policy is healthy and needed in a democracy – but there is a line.

When personal, grubby put-downs and gendered attacks are used, it’s clear the line has been crossed. Sexual innuendo and sexist taunts based on how a woman dresses, how big (or small) her breasts are or whether she has had sex and with whom is not fair game or OK.

I’ve got the best job in the world. As a politician I work in one of the most privileged workplaces in the country, and I get paid well for it. But there have been days I didn’t think I could face going to work.

On these days, the idea of having to be in the same room as some of my male colleagues makes my stomach turn. The sexist put-downs, innuendo and bullying while I’m trying to do my job. Often it is easier to ignore the slurs and stay silent, let the bullies have their fun, shut up and not make a fuss.

I know I’m not the only woman who feels like this. Women everywhere know this feeling all too well. And I think men, decent men (and there’s plenty of them out there) also know how uncomfortable it is to see a female colleague ridiculed with sexist put-downs and rumours in the office, at meetings or after-work drinks.

This was an important day for this parliament to draw a line under this behaviour. As members of parliament we should actually be leading by example and setting the standard for the rest of society.

This is the society that I want my daughter and her peers to grow up in. A society where women, young and old, married or single, rich or poor, are treated with respect, free of discrimination, harassment and sexist slurs.

It is important that every young girl knows that they have a right to be treated with respect. To be treated equally, whatever it is that she does. The classroom, the workplace, in a shop, at the front bar or here in the nation’s parliament.

I stood up and spoke out to make the parliament a better place, for the women already here and to get more women here.

But women are deterred. A new survey released by Plan International Australia found 90% of girls and young women polled say female politicians are not treated fairly compared with their male counterparts.

Three-quarters of young women surveyed believe it’s harder for women to become politicians and 77% also think female politicians are treated unfairly by the media and by their male counterparts.

These statistics are terrible and we must turn them around.

I’m going to redouble my efforts to encourage young women to have a go, but political parties need to change their rules to do their bit too.

I took this legal action from a privileged position. I know not every woman has the ability to stand up to the men that bully and harass them. I know I have a responsibility to stand up for others and show other women we shouldn’t stand for anything less than equality and basic respect.

With the support of so many women and decent men, we’ve won this one, but we’re not done yet.

The Lion, the Witch and the Wardrobe review – magical escape from the perils of war

The Lion, the Witch and the Wardrobe review – magical escape from the perils of war