Ardal O’Hanlon review – shrugging off the ghost of Father Dougal 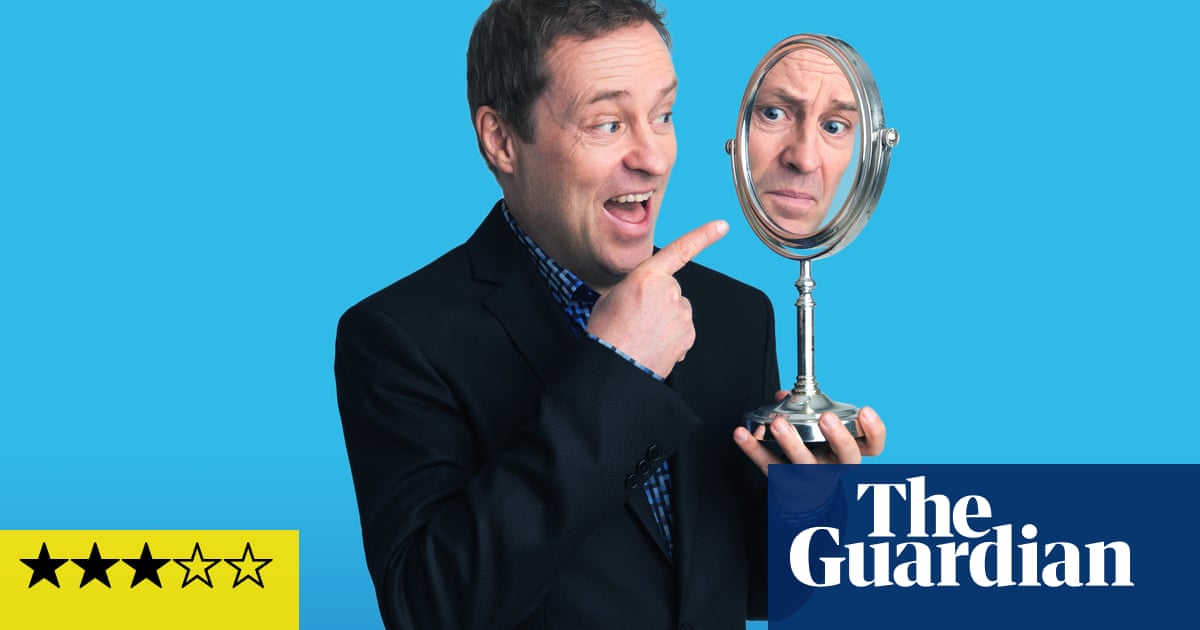 Father Dougal casts a long shadow, Ardal O’Hanlon laments at the start of his touring show. But it’s clear that the dopey sitcom alter ego is more a blessing than a curse. It gives him (as when I last saw him a decade ago) a winning opening to his set, as he demonstrates – with loveably low-status examples – how no one takes him remotely seriously. What better scene-setter for a show that offers up O’Hanlon himself (notwithstanding his recent commitment to a less dorky, more confessional mode) as the butt of plenty of its jokes.

He’s still gorm-lite, then – but not gormless. Bemusement at the world comes as characteristic now, not caricature. The Showing Off Must Go On finds O’Hanlon buffeted by midlife’s currents: dad to terrifying teens, “a little bit afraid of” his wife, aghast at carrot cake and £17.50 gin and tonics. That’s a familiar comedian pose, and players of middle-aged standup bingo will soon be shouting “house!” as the jokes pile up about food served on slates and O’Hanlon forgetting why he’s entered the room.

It all adds up to an endearing if gentle show, with the biggest laughs coming from a reading of the alarming label on O’Hanlon’s anxiety medication. There’s a little light raillery, too, at England’s Brexit travails (delivered in a Terry Wogan lilt at which no Brit could possibly take umbrage) plus tales of O’Hanlon’s unglamorous upbringing, and act-your-age commentary on the antics of his Stormzy-quoting contemporaries. It’s a more worldly-wise O’Hanlon, then, who comes to the fore – even if the guileless ghost of Dougal is never entirely dispelled.