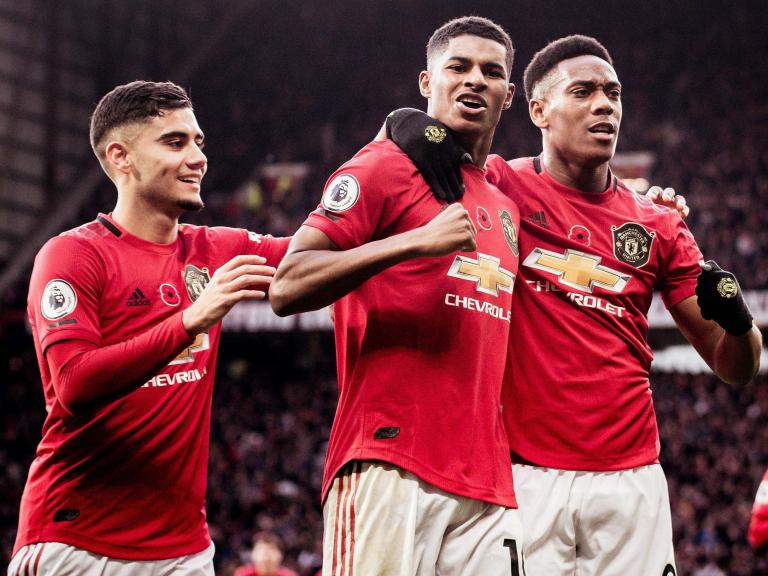 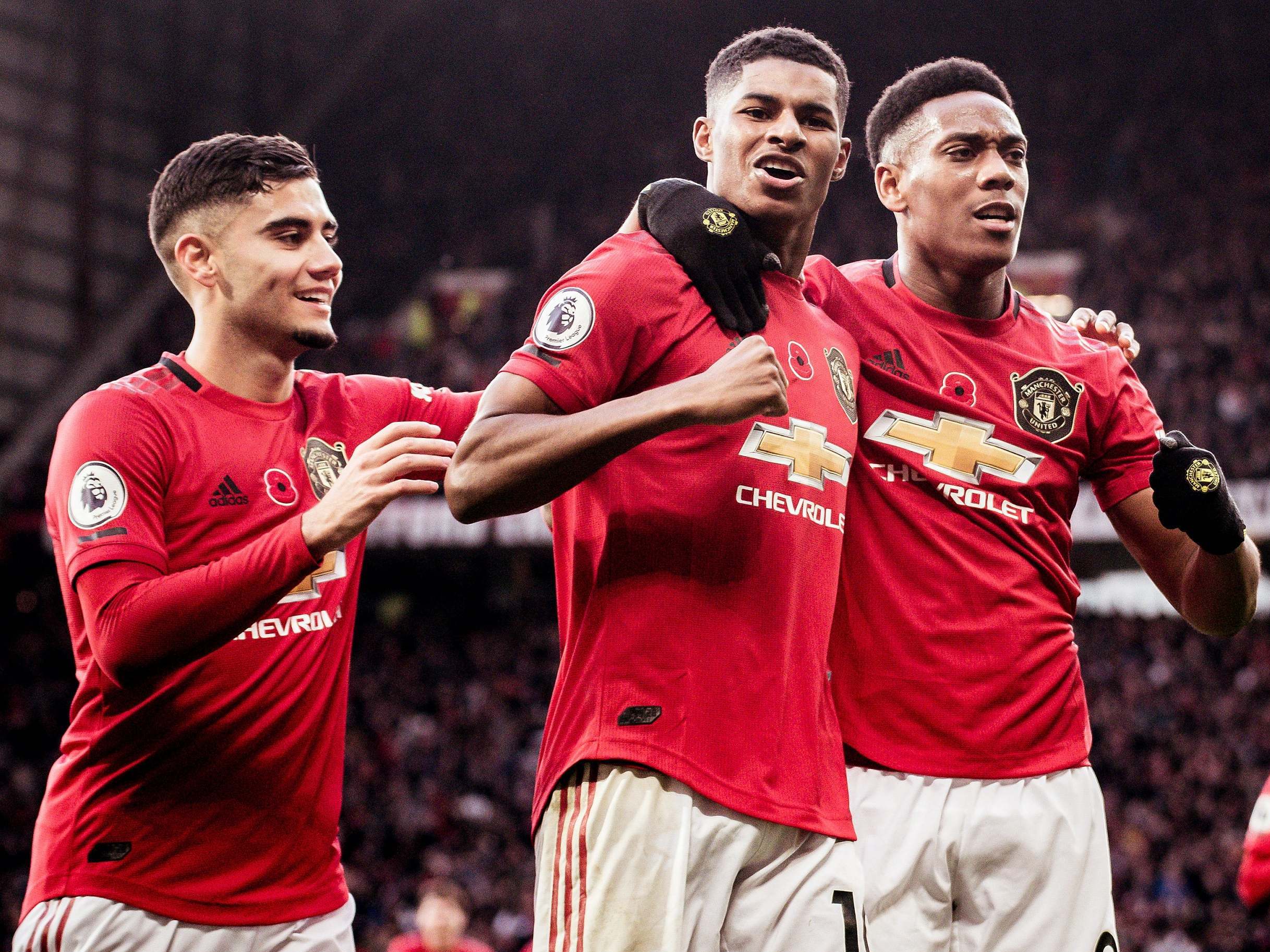 Manchester United injected some much-needed positivity into their Premier League campaign by comprehensively beating Brighton on an afternoon when Marcus Rashford went from the sublime to ridiculous.

Having faced uncomfortable questions during the previous international break following a shock loss at Newcastle, the mood around Old Trafford this time is one of optimism.

Ole Gunnar Solskjaer’s side are up to seventh after comfortably defeating Brighton 3-1, with an effort from Andreas Pereira and Davy Propper’s own goal putting United on course for a victory that Rashford wrapped up after Lewis Dunk had reduced the deficit.

The England forward’s thumping strike off the underside of the bar capped a fine overall display, although the 22-year-old will not want to see back his inexplicable close-range miss.

Rashford’s confidence did not appear to be knocked by that, though, as the Brighton goal came under siege towards the end of just United’s fourth Premier League victory of the campaign.

Albion never looked like securing their first ever win at Old Trafford, where Scott McTominay’s serious-looking injury late on was a concern.

It was a better afternoon for fellow academy graduate Brandon Williams, who left to a standing ovation after impressing on his first Premier League start.

United showed few signs of fatigue after beating Partizan Belgrade on Thursday and unnerved the normally reliable Albion backline from the outset.

Rashford was unable to follow a superb, weaving run with a fitting finish with the hosts’ first clear-cut chance, but Solskjaer’s side would make the breakthrough in the 17th minute.

Victor Lindelof and Fred were involved in a move that ended with Andreas Pereira racing through the middle.

Dale Stephens’ tackle looked to have ended that attack, only for the ball to fall kindly for Martial, with the Frenchman cutting back for the Brazilian to hit a strike that went in off the unlucky Albion midfielder.

Matters would soon get worse for Graham Potter’s men after Dunk was booked for a late, clumsy challenge on Daniel James. Fred produced a fine delivery from the resulting free-kick, leading to a bundling McTominay effort being prodded over the line by Propper.

The VAR checked Harry Maguire’s involvement and, 140 seconds after the ball crossed the line, Old Trafford was able to celebrate fully.

It was a rare set piece goal by United against an Albion side looking far more threatening from dead balls.

Martial saw a handball appeal rejected and Pereira was denied from distance as United returned from the break strongly, but there were a few nervy moments when the stadium announcer confirmed that the VAR was checking for a red card.

Teenager Williams and his team-mates was relieved to see his high foot on Steven Azalte remain a booking.

Brighton goalkeeper Mathew Ryan was equally relieved when he failed to deal with a Fred shot and it bounced back off the bar – a let-off Brighton capitalised on as Pascal Gross swung over a corner that Dunk was all too easily able to meet with a thumping header home.

But rather than wilt, United rallied and within two minutes restored their two-goal cushion.

Fred’s pass put Martial behind the Brighton backline and the Frenchman kept his composure when forced wide, playing back for Rashford to smash home off the underside of the bar.

Only the England forward will know how he failed to score a quickfire second. James superbly raced down the right and sent a low cross over to Rashford, who inexplicably screwed wide at the far post with the goal at his mercy.

It was a remarkable miss but United were undeterred as Williams and James quickly had attempts, before Rashford followed some wonderful footwork with a shot saved at the near post by Ryan.

Martial and Rashford both went close as the match came to a disappointing end as McTominay went down with an injury that saw him leave on a stretcher.