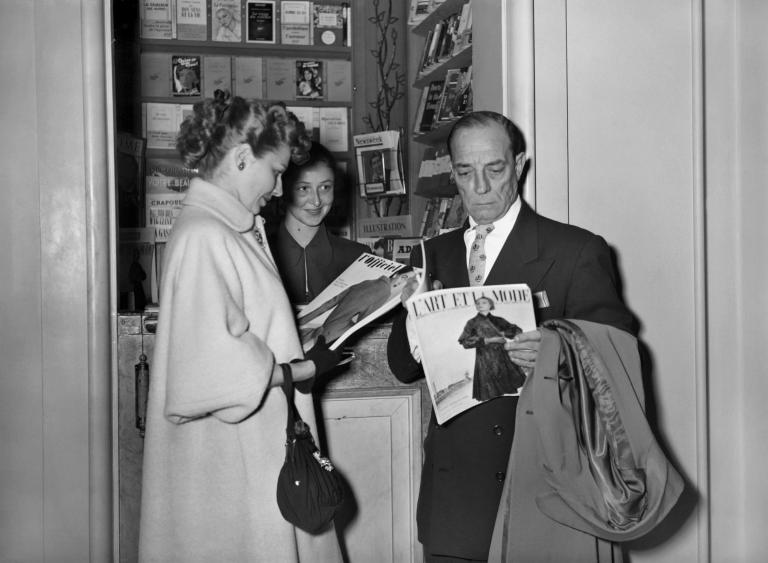 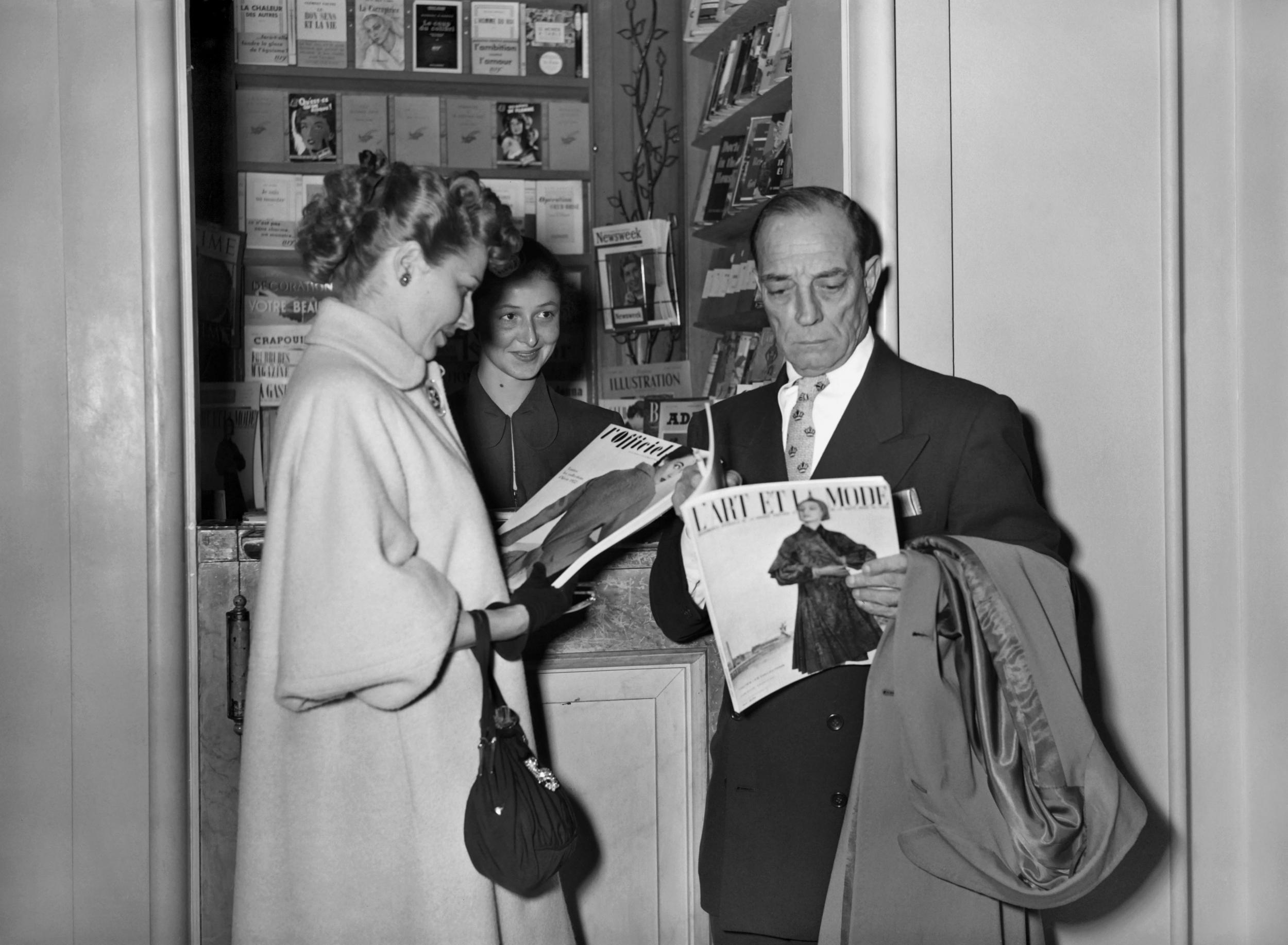 Straddling the private and public domains, the early French women’s press – the various published journals and pamphlets that began to appear in the 18th and early 19th centuries – can provide a unique insight into women’s everyday struggles and successes during a particularly turbulent period in France’s history. Women’s magazines today are often thought of as ideologically somewhat conformist. They are seen to promote a limited range of feminine role models and to reinforce norms regarding women’s position within patriarchal society. The content of much of the early French women’s press presents a very different picture.

The origins of the French women’s press date back to the 18th century. The first women’s journal of any substance and longevity, Journal des dames, was published from 1759 until 1778. Over the next few decades a variety of different subsections and types of article emerged – many of which, whether the domestic magazine or the problem page, remain current in today’s women’s press.

It was my interest in the “political” potential of these representations of French women’s daily lives that gave rise to my book Figurations of the Feminine in the Early French Women’s Press, 1758-1848. During this period, French women had no right to political representation. Despite the Enlightenment emphasis on the rights of the individual, women were not considered of equal status to men. Their education was significantly less extensive than men’s in terms of both subjects taught and duration, resulting in high levels of illiteracy.

The playwright and social reformer Olympe de Gouges famously drafted her own Declaration of the Rights of Woman and the Citizen in 1791, in response to what she viewed as the gendered inequalities of the original Declaration in 1789. The Napoleonic Code of 1804 legally obliged wives to obey their husbands and gave the latter complete control of all property. So how did these earliest women’s journals engage with the rights and roles of French women at the time?

The early French women’s press spans a range of genres, from the literary review Journal des dames to the fashion journal, Journal des dames et des modes (1797-1839), to the more socially conscious feminist journal, La Femme libre (1832-34), which strove to improve employment conditions for women. These publications had a variety of target readerships, depending on the sorts of issues they covered – and these, in turn, partly depend on their historical period of publication.

Just as the Revolution of 1789 provided an impetus for women’s journals and pamphlets, such as Étrennes nationales des dames (1789) to intensify their demands for sexual equality, journals during the Restoration adopt a moralistic tone (Journal des dames et des modes), focusing on more light-hearted subjects such as fashion and characterising female readers as guardians of the hearth and paragons of virtue.

The actual readership of early French women’s journals, aside from what we can glean from articles and letters submitted by readers, is more difficult to establish and circulation claims are notoriously unreliable. Both literacy levels and the expense of the earliest women’s journals clearly limited their readership, although journals were passed among friends and within households – and, according to the correspondence of readers in Journal des dames et des modes (July 1803) were even read aloud.

What is clear is the pleasure expressed by many women readers at engaging in dialogue with a community of like-minded individuals and the resulting sense of collective identity and political consciousness based on gender. For the first time, French women readers – largely confined to the domestic realm – were encouraged to articulate their “private” opinions in a public forum.

Women authors too, such as Madame de Savignac – who published educational fiction for young people – writing in Journal des femmes in May 1833, appreciated the role played by women’s journals in supporting intellectual achievements and in giving female authors the confidence to renounce their male pseudonyms. Many contemporary women authors adopted male pseudonyms – Savignac makes specific mention of George Sand – in order to maintain anonymity and increase the likelihood of publication in a male-dominated publishing world.

Women’s journals act as a mirror to the society in which they are produced but can also help modify aspects of that society. Like today’s women’s press, early women’s journals in France were also selling the notion of a better life. But rather than appealing to the reader’s materialist aspirations, they did so by highlighting the need for women’s personal and public responsibility. They demonstrated a form of “civic feminism”, to employ a term adopted by historian Carla Hesse.

If the content varies depending on the journal and the historical context in question, the radicalness of the agenda and of the narratives these journals promote is striking. Many journals – in particular the fashion press – still remained conservative in their worldview. But many others confronted legislative and social prejudices against women in an endeavour to strengthen their rights – whether to divorce or to vote – and to improve their standing in French society through the promotion of a more intellectually challenging education for women. As Suellen Diaconoff remarks in her study Through the Reading Glass: Women, Books, and Sex in the French Enlightenment.

It would be overstating the case to say that female editors focused on setting a full pro-woman agenda in their periodicals, or to assert that they saw themselves as feminist activists first and journalists secondarily. But it is, nonetheless, true that their journals often carried a competing and alternative discourse, at significant variance from the model widely accepted in the mainstream.

Early French women’s journals also fought for a more inclusive French canon that treated female authors seriously. They championed women’s right to choose their own husbands – in an age of arranged marriages – and encouraged those women with unhappy marriages to write in anonymously about their problems, thereby providing the first example of the problem page (Le Courrier de l’hymen, Journal des dames, 1791). They petitioned for improvements in women’s education and employment conditions (La Femme libre and La Voix des femmes, 1848). In short, for their contemporary readers, these early journals promoted women’s intellectual, familial and professional contributions to French society. For today’s reader, they provide a privileged and – as yet – largely un-navigated mapping of French women’s evolving personal and political trajectories.

Siobhán McIlvanney is a reader in French and Francophone women’s writing and the head of department of French at King’s College London. This article first appeared on The Conversation.