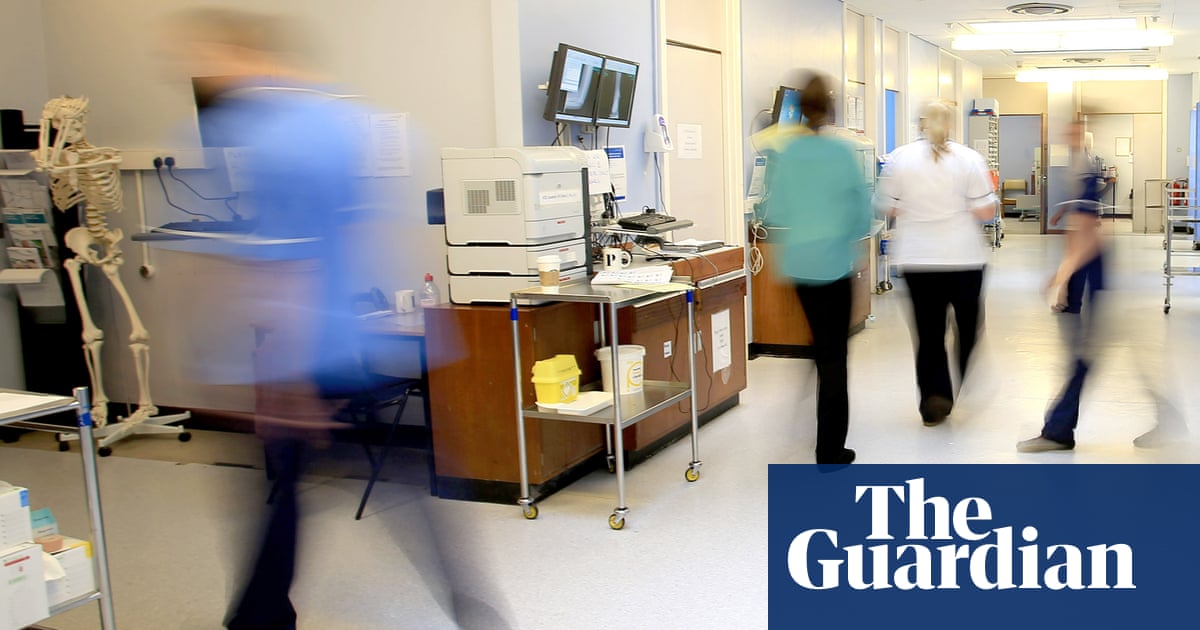 A leading teaching hospital had to shut an intensive care unit for 18 weeks because of a doctor shortage caused by medics working fewer shifts to avoid the NHS pensions “tax trap”.

Guy’s and St Thomas’s trust in London closed one of its intensive care units over the summer after some of its consultants reduced their hours to avoid hefty tax bills linked to pensions.

The closure is part of a dossier that the group representing Britain’s 220,000 doctors has sent to ministers to show how seriously the pensions problem is disrupting care.

In Nottingham, consultant radiologists at the city’s NHS trust have halved from 1,200 to 600 the number of CT and MRI scans they read at home every month to help stop a backlog building up. This has forced Nottingham University Hospitals trust to outsource the work, which is costing them more money.

Many other hospitals have also been forced to cut the number of operations they perform and outpatient clinics offered. Doctors are reducing the number of “programmed activities”, or four-hour sessions, they undertake to avoid being hit with bills for tens of thousands of pounds due to rises in the value of their pension linked to the amount of extra hours they take on.

Rule changes introduced in 2016 meant rising numbers of consultants and other senior staff were facing unexpected tax bills linked to the value of their pensions. Some NHS staff were reported to have had to remortgage their homes to cover their tax bills, while others were faced with the choice of cutting their hours, opting out of the pension scheme or taking early retirement.

The Academy of Medical Royal Colleges has sent its dossier to Sajid Javid, the chancellor, and the health secretary, Matt Hancock, to show how the rise in doctors cutting their workloads is imperilling quality of care and causing longer delays for care.

It has urged them to push through urgent changes to the pensions tax regime for doctors so they can return to doing the routine extra work that keeps NHS services running normally.

In a letter, the academy chair, Prof Carrie MacEwen, said: “It is evident from the findings that, due to severe medical staff shortages, the NHS has become entirely dependent on consultants delivering service provision over and above their existing contracts. This service is being put at risk because of the current pension taxation problem.”

NHS leaders fear the loss of so much labour by consultants will leave hospitals struggling to cope even more than usual with the service’s winter crisis when it strikes. Failure to act will exacerbate the NHS’s already serious shortage of doctors, which is estimated to involve vacancies for 11,000 medics across the UK, according to MacEwen.

“Furthermore, our findings indicate that pensions taxation is undermining staff morale, which is detrimental to the recruitment and retention of the medical workforce. Staff shortages in the NHS are a significant concern and we must ensure these pressures do not intensify further as a result of the pension arrangements”, she said.

Boris Johnson has pledged several times to solve the problem. However, medical groups including the British Medical Association, the doctors’ trade union, have rejected proposals put forward by the department of health and social care as inadequate.

In her letter, MacEwen warns Javid and Hancock that their solution, which involves giving doctors greater flexibility over how much goes into their pension every year, is “insufficient to tackle the long-term problems”. She seeks action on a taper introduced in 2016 on the annual allowance doctors have on their pension pot growth, which the BMA and others claim is the main cause of the problem.

“It simply isn’t good enough that patients are paying the price because we have not yet found a national solution,” said Saffron Cordery, the deputy chief executive of NHS Providers, which represents hospital trusts in England.

“Operations are being cancelled as anaesthetists reduce their hours and wards are being closed because the senior staff needed are not there. The impact is longer waits for patients and putting other NHS staff under undue levels of pressure undermining staff morale and chipping away at efforts to address workforce shortages.”