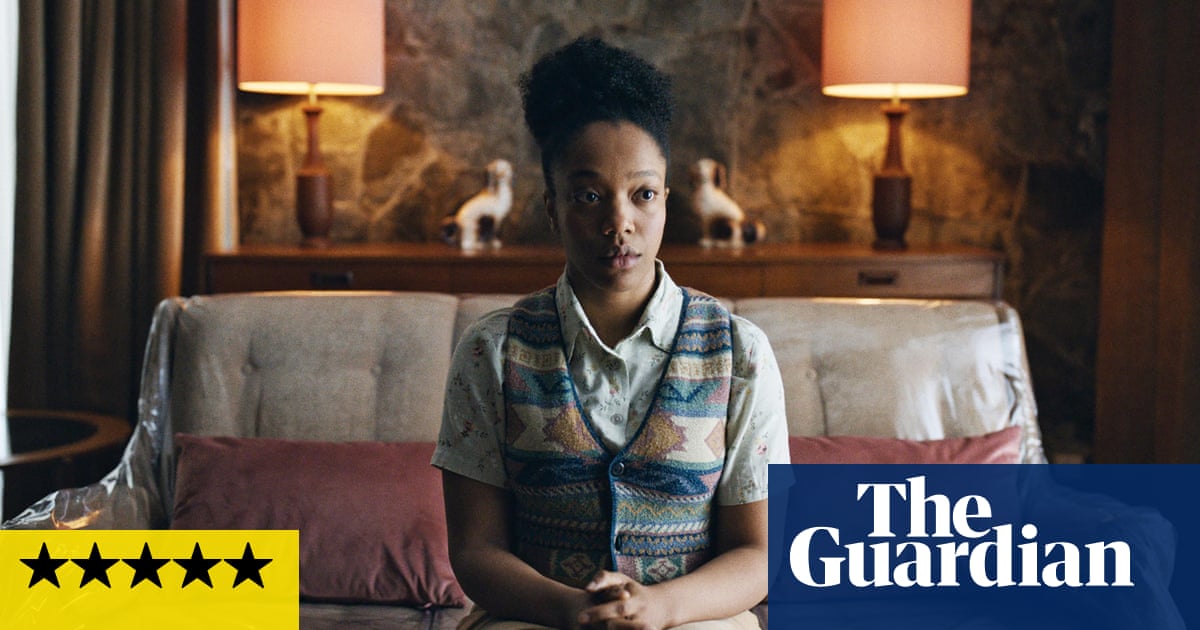 When The End of the F***ing World (Channel 4) first aired in 2017, it was a slow burn that crackled into life and became a vibrant hit. Though it was largely missed when it first appeared on television, it picked up an international audience a year later on Netflix. In a world of prestige television, it ploughed its own furrow and did things its own way. Its episodes were compact and lean, its over-the-top style paid homage to its graphic novel heritage while maintaining a particular dourness, and its True Romance-esque central love story was far more sweet than its violent setting should have allowed for, given that it started with James deciding to kill Alyssa, and ended with him laid out on a beach having sacrificed himself for her.

It also seemed like a watertight story, relatively un-sequel-able (though in the name of Big Little Lies, we should have learned by now that a neat ending is unlikely to stop a success in its tracks.) So here we are, with series two, and a request that reviewers do not give anything away, which makes certain aspects of it tricky to discuss. Even so, there is enough of a shift to see how this will work just as well as its predecessor. The first series saw the duo’s runaway road trip ending in Thelma and Louise-ish abandon, as the police caught up with their crimes. Series two’s opening episode (there are eight, stripped across the week in pairs) moves away from the two of them almost entirely, giving us the pitch-black story of Bonnie, via an excellent, career-making performance from Naomi Ackie, who stood out similarly in 2016’s Lady Macbeth.

One of the skills of this show is its light touch when it comes to humour, which arrives unexpectedly, in the bleakest of moments. The writing is fantastically dry – even a line as stark as “I killed someone” earns a laugh, through the addition of a pause, and the explanatory addition of “on purpose”. Bonnie is a librarian raised under the cruel discipline of her mother, who forces her to memorise the world’s capital cities and eat lipstick. She retreats into a grim blankness and rejects the education she was supposed to have. In the first series, James believed himself to be a psychopath, but judging by what we see of Bonnie, we are about to meet the real thing. Her approach to wooing the object of her affections is quite unique and certainly memorable, and her connection to James and Alyssa quickly becomes apparent. It nicely sets up a thorny tangle for series two to unravel, and a potentially monstrous showdown.

Like the first series, this inhabits a highly stylised world that is not fixed in any time or place. It feels a little American, a little English, a bit 70s, a bit 90s. The cars and buildings are both glamorous and gloomy, much like the show itself. It is, however, always good-looking, and exquisite in its attention to the smaller points. There are lingering shots of food – a bloody burger, a hospital meal arranged carefully on a tidy tray. It is, at times, gorgeous, nowhere more so than in its details, from the cover of a philosophy book to the dusty wine bottles in the bar of a creepy hotel.

A couple of years have passed since Alyssa was a fugitive from the law, and her family, with some trimming and pruning, has moved to a cafe in the woods with an aunt. Life has moved on, and Alyssa is attempting to move with it, but she is fading rapidly, under the illusion of making a go of normal life. As Alyssa, Jessica Barden is remarkable once again, just the right side of bratty, with that implication of deep pain.

But it’s the pace that makes it sing. Of course there were some manoeuvres to pull off, to bring all of the characters back into the fray, but it has been done with as little clumsiness as possible. Huge, gasp-inducing plot points happen quickly and without fanfare, and then we move on. There is no hanging around, waiting for the action to get going. In much the same way as a brilliantly made 90-minute film makes you wonder why any director needs three and a half hours for a single movie, these 20-minute instalments are hymns to brevity. It is gruesome and violent and scatalogical, but then it is funny and pointed and wry, and then it defers to a tender look, or an affectionate touch, and shows its heart. Lesser shows would give you whiplash, but the tone here is uniquely its own, and just perfectly, recognisably, The End of the F***ing World.