Former Big Brother Naija housemate, Ike sure has fans that have got much love for him and to show the depth of their love, some of them have gifted him with a token. 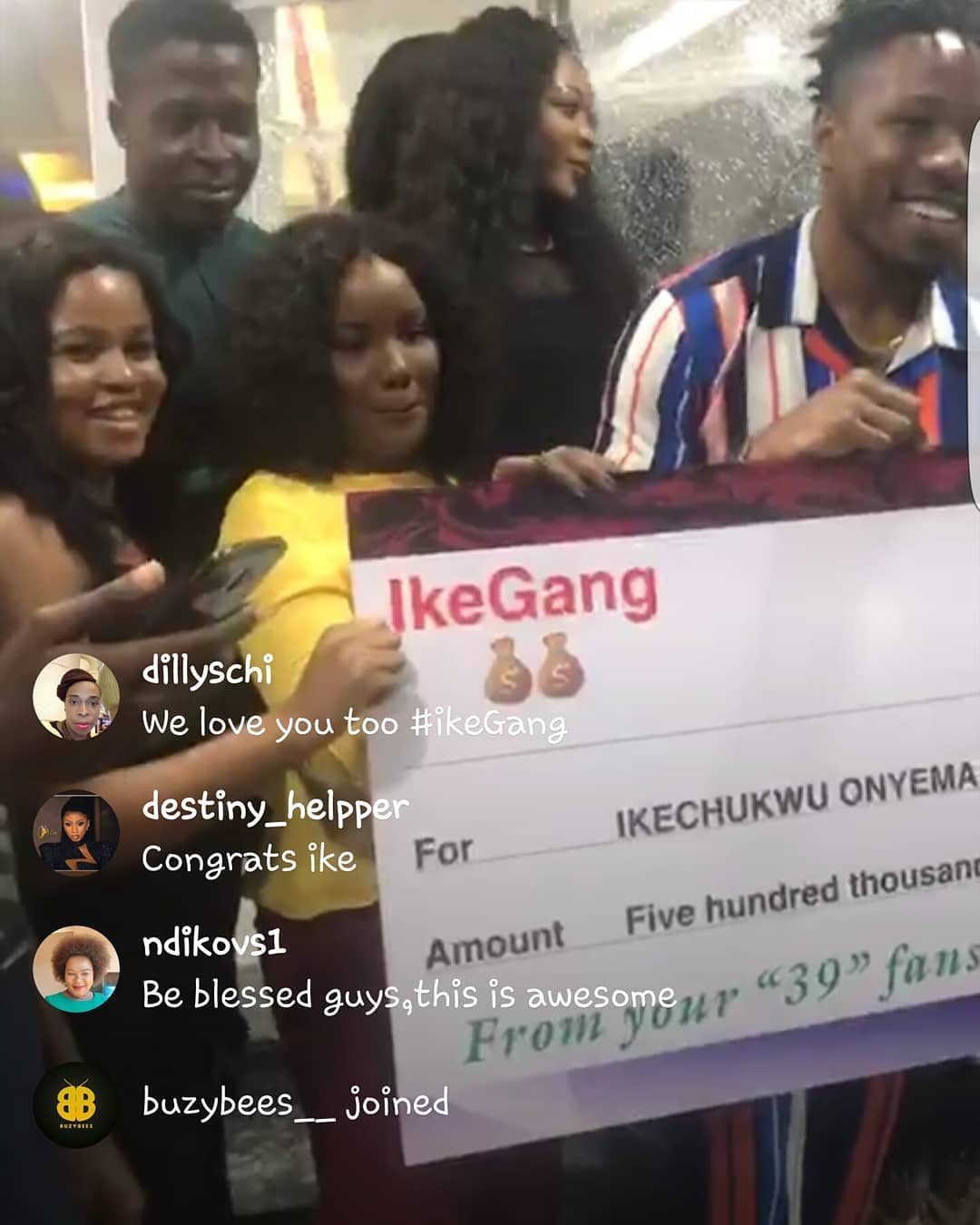 In a video that’s making the rounds online, the model is seen flanked by some of his fans as he holds a dummy cheque of the sum of money they garnered as a gift to him. 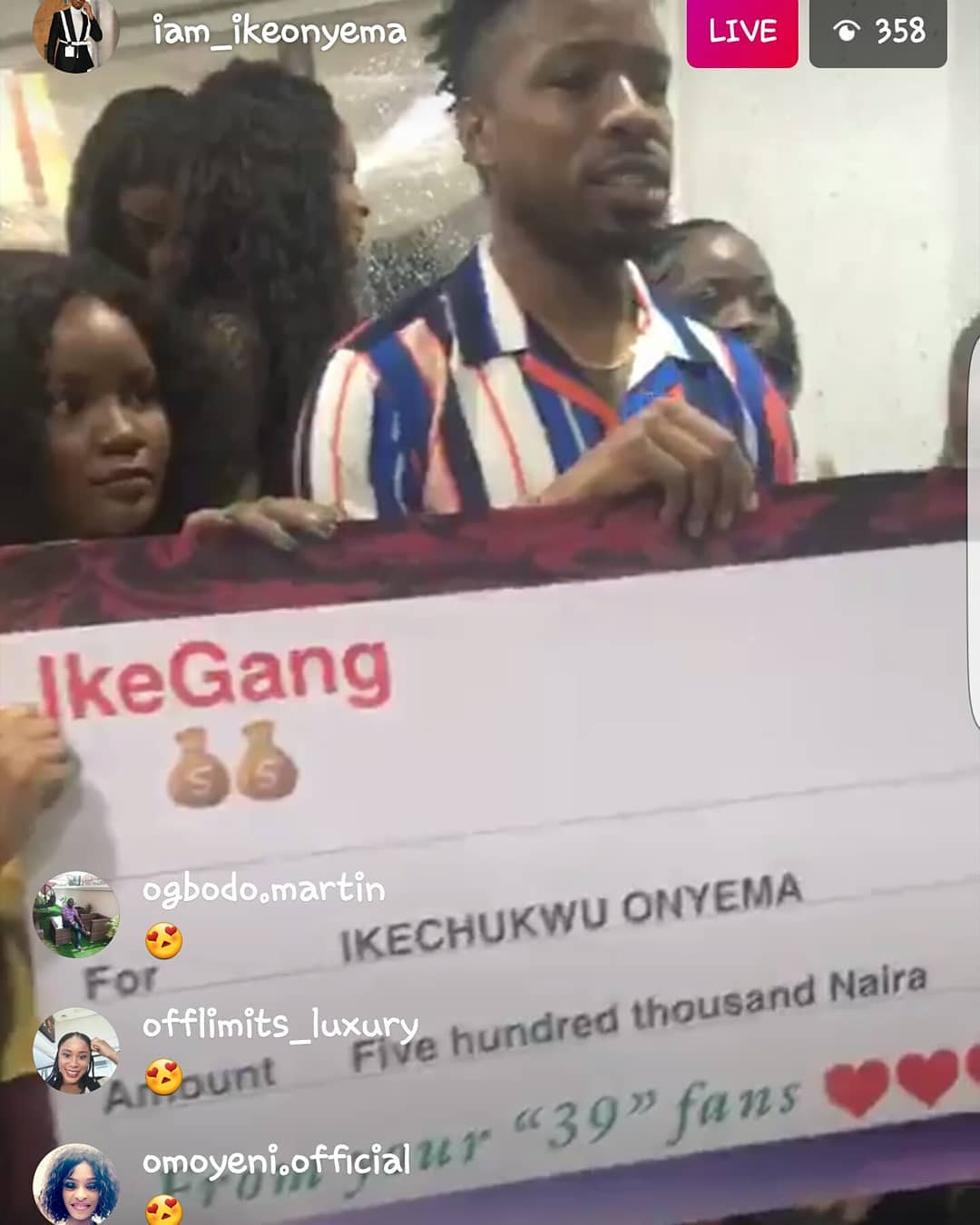 He’s seen holding a cheque of half a million Naira while taking pictures with his loyal fans… watch a video below,

In other news, the reality TV star reacted after he was called out by Social Media users for following Mercy ‘everywhere she goes’.

Recall we brought you reports about how some social media users are unsatisfied with the way Ike ‘follows’ Mercy to every events, gathering and interview she attends.

They suggested he stops following her ”Up and Down” and should get to doing his own stuff. Some reactions reads;

Melani mami wrote; “Ike should stop following mercy everywhere if he’s going to dress like that”

Reacting to this call out, Ike went live on Facebook, and mocked everyone who dared to call him out. He said in the video, “Mercy, slow down.. You know I can’t go anywhere without you. I be your hand bag, I be your wrapper”